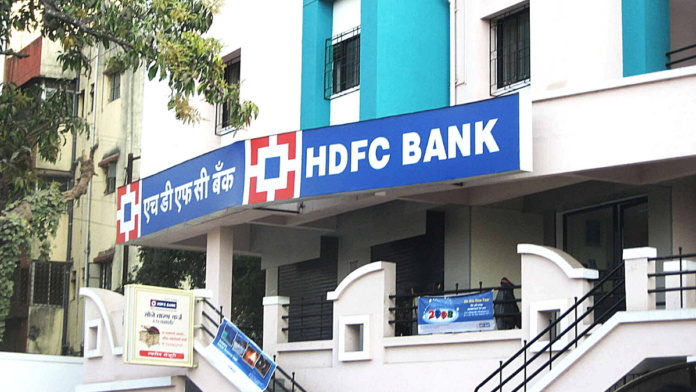 Cryptocurrency traders are back in news after the private banks in India are trying to impose the threat of account closures on disclosure required information. HSBC, HDFC and CITI being few of the private banks.

Indian government is already planning a nationwide ban on cryptocurrency which is already being opposed by crypto advocates. Coinbase CTO Balaji Srinivasan has referred it to “banning the internet for five years.”

Even though in reality China is already testing the digital yuan, Banks in India are still questioning their account holders’ digital currency related transaction. HSBC, Citibank, ICICI Bank, HDFC Bank and Axis Bank being a few of them.

Customers are evidently asked to verify the transactions by physically visiting the banks on account of receiving the notices. Failure to do so might land them into trouble also posing a threat on account suspension.

A notice to an undisclosed customer read,

“ To comply with the regulatory guidelines, banks are advised to exercise due diligence by closely examining the transactions carried out in the account on an ongoing basis to caution users, holders and traders of virtual currencies including Bitcoins regarding risks”

The Account holder whose funds are associated with cryptocurrency exchanges are tentatively being closed by the banks.

Nigeria’s recent crypto currency crackdown has caused ruckus as it is the world’s second largest bitcoin market with the USA standing on top. After Nigeria imposed Anti bitcoin, it fueled a mistrust leading to immediate closure of bank accounts of those involved with the exchanges and which has made the traders sell digital currencies at a huge premium. The price Nigeria had to pay for their poor decision was considered hefty.

UK’s HSBC has stopped approving transfers from exchanges and also new accounts are being turned down for their involvement with crypto currencies.

Talking about India’s HDFC bank, in a recent tweet by them they apparently sent out mixed signals on whether they are joining the crypto club. This led many crypto supporters into thinking on what exactly HDFC was hinting at. Below is the tweet by HDFC bank. 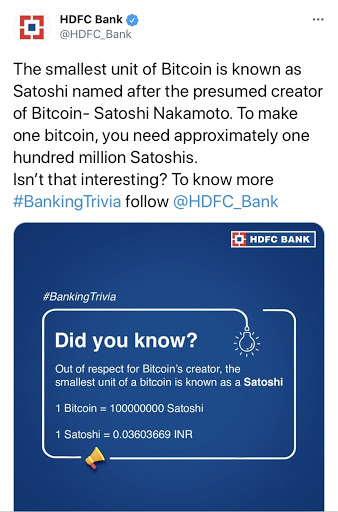 The further restrictions on Cryptocurrency transactions are yet to be announced by the Indian parliament. This has led to massive chaos while prominent members opposing it and calling it completely what is opposite of growth.