Lido DAO gave more than 100% return in a week 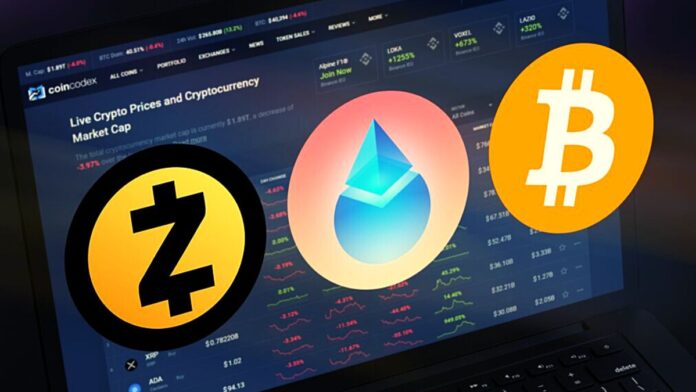 In the last one week, the world of virtual currency has been seen in the form of Ethereum and Lido DAO. Both the currencies have given returns of more than 40% to the investors.

The global cryptocurrency market has crossed one trillion dollars just a day ago. Even today, all the cryptocurrencies in the world are trading with a slight increase, but in the last one week, out of the top 100 cryptocurrencies in the world, there are 12 cryptocurrencies that have given a return of more than 35%. In which the name of Ethereum is there, but the names of coins like Bitcoin, Dogecoin and Shiba Inu are completely missing in this list. On the other hand, Polygon Coin has also made its mark, which has given returns of more than 50% in a week. Let us also tell you which are the currencies, which have given a return of 35% or more in a week.

Ethereum and Polygon cryptocurrencies have been seen in a week. According to the data of coinmarketcap.com, the price of Ethereum has seen a return of 41% in a week. Whereas in 24 hours this currency has increased by more than 6%. The price of Ethereum is currently being seen at $1,536.22. On the other hand, there has been a big jump in polygons in big cryptocurrencies. In a week, Polygon has seen a return of 55%. At present, the price of Polygon is trading at $0.9178.

On the other hand, if we talk about bitcoin, the world’s largest cryptocurrency, it is currently trading at $22,200. There has been an increase of 10% in the last one week. Cardano is trading with a gain of 2.5% compared to the last 24 hours. Cryptocurrencies like Solana, Dogecoin, Polkadot, Uniswap are seeing a boom. If experts are to be believed, the Fed may increase interest rates next week to control inflation, due to which cryptocurrencies may see a decline.

Web3 token-powered social platform Taki opens access; Over half a million people are now off the waitlist