Everything You Should Know About THORChain (RUNE), Price Prediction 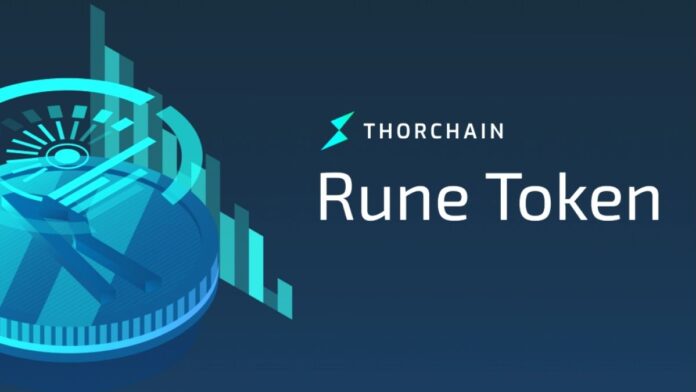 It’s a project built with the Cosmos SDK and Tendermint core. After some recent hiccups they’re coming back really stronger than ever. Just today for example THORChain reported a monthly volume of $1.25 billion with 400% growth. So today we are deep diving into why THORChain is different and you should know everything about it.

You know what it appeals to us because they’ve actually been delivering on what they’ve been promising. Imagine that the big news is that the THOR team is launching terra today and this could send RUNE the native THORChain token to the moon potentially.

Terra and that integration brings Luna token along with the terra USD or UST stable coin to the THORChain ecosystem that’s going to give users a lot more trading as well as sticking options. What sets THORChain apart from a lot of other chains, we have a few examples actually for one it doesn’t use wrap tokens for interoperability, instead it uses a cross chain oracle-free bridge that’s called Bifrost and until THORChain only a centralized exchange could trade assets that aren’t wrapped.

Read This: Why You Should Own Verasity Coins

Now you can earn yield with your deposit of native assets, of course in the liquidity pools of the network. This is currently right now at 32.6%, another aspect that makes THORChain very relatable and it makes it that kind of project that we want to root for.

Some of the projects include THOR swap. This is the world’s first cross chain aggregator, THOR wallet which is a mobile app with cross chain wallet and DEX (decentralized exchange). It allows earning passive income up to 18% on native BTC.

The TVL on THORChain at the time of writing, sits at $930M (Total Value Locked) with over $150M pooled and nearly a $1B as a total reserve. It’s certainly an interesting ecosystem and one that seemingly continues to grow and grow.

Now as we just saw THORChain is a popular project and it’s been getting a lot of attention recently. Looking at the current market cap you can see that THORChain again whose sticker is RUNE currently sits at number 50 with a market cap of $2.8 billion and a circulating supply of $300M.

In one month’s time the market cap increased by a billion dollars. As you can see the price is up again over 13% on the day at about 9.42% great performance as of late. You can stake RUNE by adding liquidity into pools. The average APY sits at about 37.5% and peaks are up to as high as 140% that’s TWT, BEP20 on Binance chain to be specific.

The RUNE token has four distinct key roles liquidity, of course as a settlement asset, security as a sybil resistant mechanism which also drives economic behavior. The RUNE token also works in governance signaling priority on chain as well as incentives. So paying out rewards charging fees and subsidizing gas.

we mentioned already that THORChain does things a little bit differently. As far as we can see, there is no publicly known team. Among a lot of other positive qualities, this we have to say is a negative one. It’s always nice to know the names and the faces behind a quality project.

Unfortunately it’s not possible here, however we do know about the story. It all started out as an anonymous group of developers in 2018 and they made the project as transparent as they possibly could by publishing everything on GitHub.

And right here we have the project custodians. Now they seem to be moving to a community for governance this is called the acer protocol and acer were the old Norse gods that discuss everything and really make all decisions.

Acer and the community is slowly taking over lines between the OG custodians and the new community are kind of blurring and look this is a pretty unique and novel concept they are decentralized but are not a company. There’s no CEO, no founders but they are open source, they are transparent, they are without command and at least a specifically defined control structure.

They are auditable and they’re a fluid team with a pretty flexible community and if you want to get involved just extend yourself into that community and ask away.

There are some competitors out there worth considering. So other protocols or blockchains that are interoperable, we think should be considered competition. Given the context here besides the major ones some smaller projects may come close, such as Anyswap, Kardiachain and Ren. However Ren is a bridge and not an AMM but what THORChain does again is unique.

All other defi options use wrapped tokens for their interoperability or are single chain. THORChain on the other hand uses Bifrost as a cross-chain bridge and doesn’t wrap tokens. The only other exchanges that can move assets around between blockchains without wrapping them are centralized exchanges.

It promises a lot more action, so cross-chain bridges are just the beginning according to THORChain. Synths have just been added and a multi-chain mainnet is about to be launched. Once the chaosnet is considered stable and a few other features for the future are mentioned as well.

The next milestone that is mentioned is Thorfy and this is going to have lending composite assets and leveraged trading.

The RUNE token has been pumping recently again during the last 30 days. We saw a nearly tripling of price from about $3.87 all the way now to nearly $10. Again that’s a massive recovery from the bloodbath that happened post July 2021, when those unfortunate hacks occurred.

Look it’s still a far cry from the all-time high of nearly $21 in may of 2021. But a nice comeback nonetheless and who knows we could be in all-time high territory again soon. It’s impressive to see the performance that RUNE has demonstrated.

The RUNE price specifically in the next few weeks and months. So here’s the bullish scenario, if RUNE manages to break above the resistance level at $9.90 then it’ll be bullish. If it gains some momentum and buying pressure builds well then we might test the next resistance level at $11.90 and then $14.90. Breaking above $14.90 and that price level based on Fibonacci with significant buying volume is going to lead to a very good chance of crossing above $17. Once we’re there, we’re not too far from a new all-time high.

But the flip side as must always be considered the bearish scenario. RUNE has been in a downtrend channel. However if the $5.60 support level is not maintained that’s what we have to look out for. The price in that case is gonna fall to $4, $3, $2.30 and potentially even lower. But again with some volume and based on Fibonacci analysis, it looks like we could be in store for a nice little uptick here in conjunction with all the positive news that’s coming out of this project.

We’re at the end of our in-depth look at THORChain and of course it’s RUNE token. Ultimately to sum things up THORChain is really being the comeback kid right now in a very good way. All respect goes out to the project and the team for bouncing back.

After those hard times last July and that hack, they have a unique way of making interoperability happen again with the Bifrost bridge solution and that takes cross chain to the next level at least potentially.

Now that they seem to be back on track with more new and exciting features in the making. We’re most certainly and eagerly awaiting new all-time highs and new positive developments from the team in 2022.