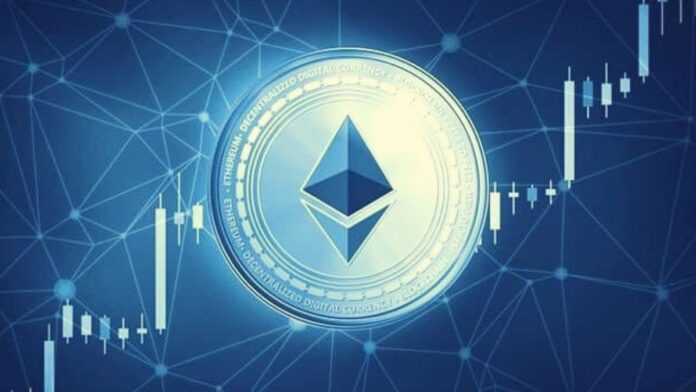 The Ethereum price appears to be breaking out amidst the renewed bullish sentiment across the crypto board, just as Bitcoin faces rejection near $60,000.

In the last 24 hours, Ether, the world’s second-largest cryptocurrency, has risen nearly 7% to a new high of $4,141.99. It has soared by more than 480% this year, becoming one of the best-performing crypto currencies.

Given that ETH was below $800 at the start of 2021, this is undeniably a notable performance for the coin, and the asset has only increased its gains in the days since.

Ethereum has now surpassed the market capitalization of consumer goods behemoths Wal-Mart and Johnson & Johnson, and is on the verge of overtaking JPMorgan Chase, America’s largest bank by assets under management.

Why is ETH Price is Surging High  ?

The rising popularity of Non-Fungible Tokens (NFTs) has also boosted Ethereum’s price, as it is the network of choice for their growth. NFTs, or non-fungible tokens, are digital assets designed to represent ownership of unique virtual items such as art and sports. Ethereum is benefiting from this trend. Ethereum is used by many NFTs, including CryptoKitties and CryptoPunks.

Must Read: Top Reasons Why Cardano(ADA) Price Might Surge Massively!

However, the Ethereum network has become congested as a result of the surge in activity. Ethereum is currently undergoing a major upgrade that will, in principle, speed up transaction times and reduce the amount of power needed to process them.

A pair of big network infrastructure improvements, EIP-1559 and ETH 2.0, are the most bullish catalysts on the horizon. EIP-1559, which will be included in the “London” hard fork, will reform the ETH fee structure and is expected to dramatically reduce gas prices while also making ETH a potentially deflationary commodity.

Ethereum also recorded inflows of $30.2 million last week of April and an all-time peak of $13.9 billion in 2021, data showed. Total inflows so far this year were $5.45 billion.