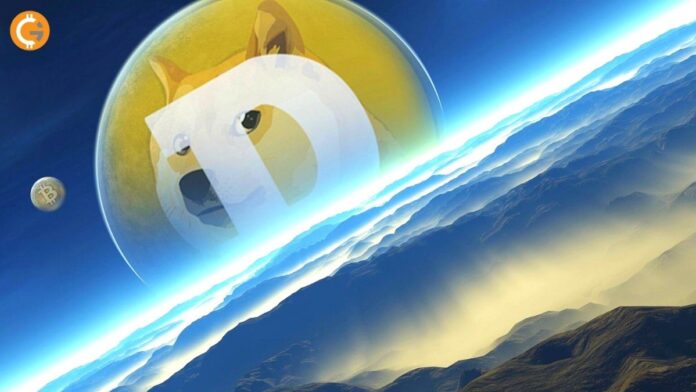 On 4 May, the total market cap of Dogecoin surpassed $56 billion, according to Coinmarketcap. DOGE is currently trading at $0.5, which is a new all-time high. Over the last 30 days, the world’s 5th most valuable digital currency has increased by more than 700%.

A surge in digital currency adoption is one of the main explanations for Dogecoin’s recent price increase. Retail and institutional adoption of DOGE has increased dramatically this year compared to 2020.

Elon Musk, the CEO of Tesla and SpaceX, seems to have a side job hustling for cryptocurrency prices on Twitter.Every time Musk mentions the cryptocurrency, a surge occurs in the prices of the cryptocurrency. Over the last four months, the Tesla founder has had a lot of fun on Twitter, sometimes whipping traders into the craze by mentioning it.

During his upcoming appearance on Saturday Night Live on May 8, the Tesla billionaire is expected to discuss Dogecoin. On a more basic level, more retailers are beginning to consider the meme token as a payment form. Although critics say DOGE is lacking in fundamentals, who now has the last laugh?

Dogecoin continues its impressive run in spite of tradition, even flipping Cardano in the process. The year-to-date increase is currently at 7800%.

A quick recovery from DOGE set in motion a steep uptrend in price following the recent market sell-off. Today’s gains are similar to yesterday’s, with the stock up 7% since the start of the day.

DOGE was charted on a 4-hourly basis by analyst Kas1a, who concluded that its rise is “unstoppable.” His analysis reveals a price pattern that follows an upward grind line established during the recent drop. With a price above the 13, 50, and well above the 200 and 800 EMAs, the argument for a $1 DOGE is becoming more compelling.

Billy Markus, a co-founder of Dogecoin, said a $1 DOGE is too much for him to comprehend. Dogecoin, he admits, was produced in a matter of hours and was only meant to be a slap in the face to the ultra-serious cryptocurrency industry, not a project to rival Twitter.

It gets even stranger. DOGE is within striking distance of Volvo, Honda, and Philips Electronics, according to current business market caps. Both of which provide millions of people with tangible goods and services.

Markus is amazed as to how or why his invention has progressed to this stage. However, he suggests that we might no longer be living in reality. He believes that the stock market and the real economy are at odds.

“Maybe it’s that Dogecoin can be a good barometer for how far from reality things can get.”