Will Amazon Accept DOGE Payment? What to Expect From Elon Musk’s SNL Event for DOGECOIN? 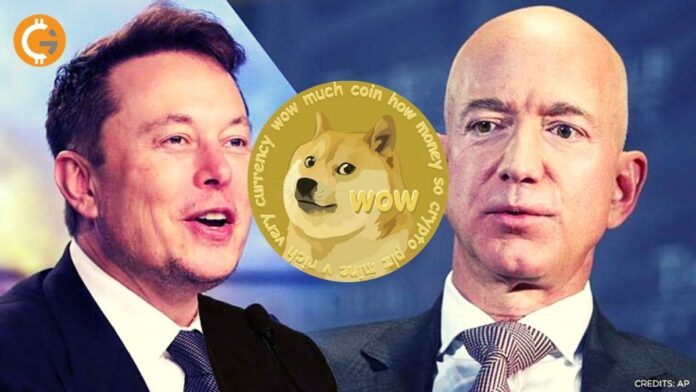 The Hottest and currently buzzing topic in the crypto ecosystem is, The upcoming “Saturday Night Live” on May 8 will be hosted by Elon musk. The show will be aired on NBC, owned by Comcast Corporation. The replays are available on streaming services Hulu and Peacock.

Last week, He Tweeted about hostingSNL, referring to himself as the Dogefather. His recent comments on DOGE has created excitement among the dogecoin community. The DOGE price surged nearly 15% after this tweet.

On May 2nd, Tech centibillionaire took to Twitter to try and crowdsource ideas for the episode’s comedy skits, as well as pitching out some of his own SNL ideas.

Throwing out some skit ideas for SNL. What should I do?

He went on to tweet a few of his own ideas he’d like to see, such as “Irony Man,” a character who “defeats villains using the power of irony;” “Baby Shark & Shark Tank,” who “merge to form Baby Shark Tank;” and “Woke James Bond.”

A Twitter user suggested, “Summin about the Dogefather,” to which Musk replied “Definitely.”

If rumors are to be believed, Musk could be featured in skits and parodies that throw a light on electric vehicles, landing on the Moon/Mars or even about the  Dogecoin that he usually promotes on Twitter.

Thus, Overall the show hosted by Elon is expected to attract fans to SNL who have never tuned in for the weekly show.

At Present, the largest E-commerce website Amazon is not accepting DOGE or any currency as a mode of payment. The Dogecoin Community believes that the Tech Giant should soon start accepting DOGE as payments as the currency is fast, cheap, and stable compared to other altcoins.

This petition has garnered over 200,000 signatures. Doge4Amazon on Change.org has received 200,416 signatures at press time.

As per the petition stated by Change.org user Mark E :

“It is time for Amazon.com to be one of the first major companies to see the power of Dogecoin and with the huge momentum the Dogecoin community is generating now is the time for Amazon to accept Dogecoin as a payment method!”

The Crypto community believes that Founder of Amazon, Jeff Bezos may be the one investor who could fuel Dogecoin Price to $1.

Must Read: Top Reasons Why Cardano(ADA) Price Might Surge Massively

Crypto-analyst with YouTube channel ‘Self Made’ told The Daily Express :

“There is speculation that Jeff Bezos might be coming to the scene as a second-lead, The adoption from someone like Bezos can set Dogecoin to $1 in less than 24 hours. Not only would it have the approval of Bezos, but it would be supported by the two richest men in the world. That is something that is only seen once-in-a-lifetime.”

Overall, With the support of  billionaires like Elon Musk and Mark Cuban, Dogecoin has been steadily rising to popularity in recent months. However, if Amazon starts accepting DOGE as payment, the altcoin price would skyrocket and Hit $10 soon!