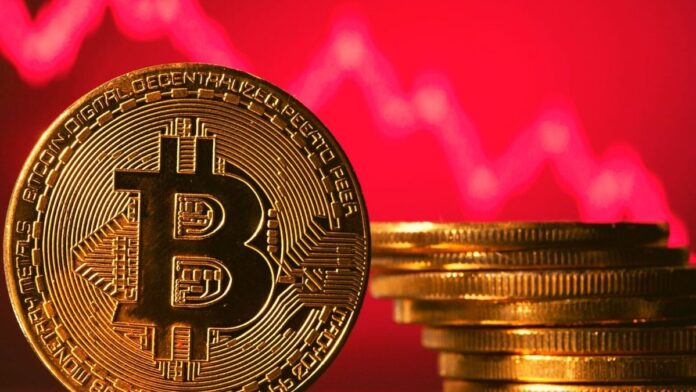 Bitcoin was around $33,000 at the beginning of 2021. Last year it saw a lot of momentum and it reached $ 69,000 in November. The world’s largest cryptocurrency has since declined significantly.

Cryptocurrency bubble has burst and Bitcoin may come down significantly this year. This is said in a report by US investment company Invesco. The investment company has made an assumption about some of the results which seem impossible but may be possible.

“The mass marketing of bitcoin is reminiscent of the actions of stockbrokers before the stock market crash of 1929,” Paul Jackson, global head (asset allocation), US Investment Company, said in a note on Monday.

This estimate is about the decline

“We think it’s kind of an exaggeration to speculate that Bitcoin could fall below $30,000 this year,” Jackson said. He said that there is at least a 30% chance of this happening.

There was tremendous speed in 2021

Bitcoin was around $33,000 at the beginning of 2021. Last year it saw a lot of momentum and it reached $ 69,000 in November. The world’s largest cryptocurrency has since declined significantly and was trading around $42,300 on Monday.

Thus the fall can come

Terming Bitcoin as a financial mania, Jackson said that it may see a decline soon. He has written that after reaching the peak of any financial mania, it generally sees a decline of up to 45% in a year. He said that a similar pattern can be seen in Bitcoin as well. It may fall to around $34,000-37,000 by October. However, it may fall further and may even come below $30,000. However, the investment firm cautioned that it cannot be said with certainty that their guesses may prove to be completely correct.

Former RBI governor Raghuram Rajan compared cryptocurrencies to unregulated chit-funds in November. He had said that if the value of anything is just because the value may increase in the future, then it is really a bubble.

Share
Facebook
Twitter
WhatsApp
Linkedin
Previous article
Binance Becomes the Blockchain and Cryptocurrency Industry’s First to Join the National Cyber-Forensics and Training Alliance (NCFTA)
Next article
Cryptocurrency Fall: Money was invested in cryptocurrency at the behest of someone, repenting? Now just this solution