CoinGyaan’s Exclusive Interview with Richard Ells, the CEO of Electroneum 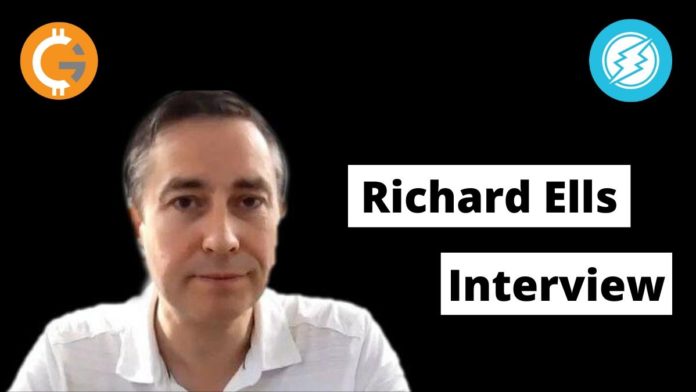 Nothing could be better than learning from industry experts and especially from those who are placed connoisseur in the market. Coin Gyaan, one of the trusted source to get crypto trends, news and market behaviors, brings you the most asked questions from the interview of the most renowned person in the world of cryptocurrency who also introduced many to the revolutionary new digital payment ecosystem. Any guesses? Well, it is none other than Richard Ells, the founder of Electroneum and also the owner of two other successful businesses.

Coin Gyaan recently had the pleasure of interviewing the man himself. From marketing plans to the future of Crypto coins in India, we conversed over tons of topics and I personally got to know how crypto trading can be fun and enjoyable. Below is the conversation in the question and answer format

What is your marketing plan? It’s been 3 years and still, it’s not yet started?

Richard: We are gearing up for that. So phase 1 has been very much about adoption and for that, we had to have some point inflationary phase. We have really pumped out a lot of ETN in a global giveaway. And that I would say has been really required for gaining these user numbers that we have and to garner the interest that we’ve had in the project. So the part of the first phase would be where we actually had to build a full ecosystem. We had a way of earning ETN because our market is unbanked.

The launch took longer than we anticipated and I am willing to take the blame squarely on my shoulders. However, we have now outsourced a lot of work already because we were busy on the main platform. But eventually, I will say that what we’ve launched is absolutely awesome. We can now say that people can earn and they can spend because there are more than 140 countries and 300 plus websites where ETN is accepted.

Our phase 2 is going to be a massive push on adoption and acceptance of ETN as a payment mechanism. I can’t say much about the delays we already had but phase 2 has been on our planning books for a long time and I am currently dealing with lots of people from crypto who are in the marketing space. That being said, we are also bringing better options that can drive us into the markets beyond our knowledge and reach.

We are coming to the end of phase 1 within the next couple of months probably five or six weeks. And we are about to hit phase 2 which will absolutely no doubt whatsoever be involving a big push in terms of both brand marketing in terms of Electroneum and also AnyTask as a platform to bring in all-important buyers.

What’s your future plan for developing nation and as well as for developed nation?

Richard: We have planned to target such things in our phase 2 marketing plan. For that, we have thought of making ETN more expository. Our first part to target is that we need the crypto community to get back behind the electronic. This has been very much a part of our plan. We have also planned a lot to get back into the US exchanges. If we look at specifically in India, we have people reaching out to some utility companies that deal with many cryptos and they have this whole thing set up. Also, the cryptocurrency volatility is going to be taken care of by us according to our plan of Phase 2.

People can buy food using BTC & ETH in London. When are you going to push for wider adoption of ETN in the user world?

Richard: We have built ETN and the entire system to be able to use in the real world. But for implementing things like buying food, one thing we need to wait here for is the blockchain’s approval. If you want to use Electroneum for buying something from a street vendor, for instance, or going into a coffee shop, we have to have instantaneous transactions. So we’ve built that system. It is called an electronic payment system which would need a centralized app to work on an instant basis. There are places in Nigeria, Uganda who have started to accept ETN at places such as hairdressers and food shops. And we also have plans for making ETN widely acceptable and we are pushing for wider options as you asked.

Please elaborate why ETN is not accepted as an alternate payment option in AnyTask.

Richard: We really wanted to do something that no crypto platform has ever done. There are a number of platforms that have been attempted as a pure crypto place. But the problem with the majority of buyers is that you have to take them on various journeys. From explaining about crypto to educating them about the exchange and buying some crypto, there goes a lot. And the barriers are too high. So we have got credit cards, debit cards coming in providing buyers with the ability to get access to this market.

As you may also know that International banking has not been a huge fan of cryptocurrency and being a cryptocurrency company, we obviously have a problem. So what we have to do is to ring-fence AnyTask bizarrely enough away from crypto. So we are actually completely devoid of touching crypto. We have planned to introduce alternate payment options in AnyTask at some stage as we have got some fantastic testimonials from the people who are using the platform. We are also in a conversation with some other outside entity outside of the platform so that they can buy some services and put them together.

Do you think if we stop mobile mining, it would be great for Electroneum Price?

Richard: I think if we radically reduce inflation, it would probably have an effect on price. If we talk hypothetically about any token that has been widely distributed in huge numbers, you will get to know about the inflation. So a bit more like the Zimbabwes of the world, if you print more money, you ultimately will reduce the value of that money. So yes is the answer. I think if there would be no mobile mining, it would be great for Electroneum price.

Electroneum price is falling a lot because most of the ETN is held by bookies and traded by bots. Is that true?

Richard: I would not say most. But yes I would say that the maximum number of bots that we’ve met is in our system itself. Although, we have got a great company in the Philippines that is working 24X7 looking at those activities and approving people. They might be a tiny handful now, but yes, we did have a bot problem when it was all automated. So, captcha codes have all been broken. Some of them are broken in more clever ways such as artificial intelligence and all sorts. I saw even the Google capture code system has been broken. So yes, I think we have trouble and we have problems with the bots originally which is why we should use that selfie process, face recognition and any of those sorts.

What’s the future of Electroneum? How much we expect in the upcoming days?

Richard: You will get to see a bit of a change to the structure and how it works. But what you will see more and more is actual real-world use. We are really focusing on getting those buyers in for AnyTask. So I mean, we’re in a bit of a world in a strange place at the moment. So a lot of people that we were talking to said that they’ve actually continued with their stuff and they are not necessarily operating at the moment. But as we come out of this will be a really strong place because the platform of AnyTask is still undergoing development. We have not followed any of our staff. We are operating as normal. You will see admin backends, frontend developments and lots and lots of changes to make it better. We are fixing the bugs we are finding. We are finding the processes to implement to enable us to handle all sorts of things.

Initially, we started off with dribs and drabs of sales as those sales numbers came in. The process for accepting tasks and refunding tasks wherever required. That whole process has been changing too. With that said, we are going to drive a huge number of people. That makes a huge number of people will be earning ETN and that would turn a lot more vendors in. We see ourselves in the top 10 cryptos, that’s where we should be.

How do you react when people say it’s a scam?

Richard: Honestly, it is a really frustrating thing to hear. You know, two and a half years. We have achieved this after a lot of hard work and many grey hairs later. We know if this is an exit scam. You know, we raised a lot of money in an ICO. I have two other businesses that I take a salary from. If I was going to be a scammer, I would have run away with the ICO funds. There is no scamming here and nobody takes that time to build a business and make this ecosystem if they are a scammer.

It is tremendously upsetting to hear that people could still be saying that about the Electroneum when we have bent over backwards to make this ecosystem where so many other projects have done nothing or spent their ICO funds extremely badly. So we certainly are not a scam. In fact, we have a very long term goal. And the belief in that goal is stronger now than it has ever been.