Bitcoin Crossed $9,000 Mark, Is This a Bitcoin Halving Effect? 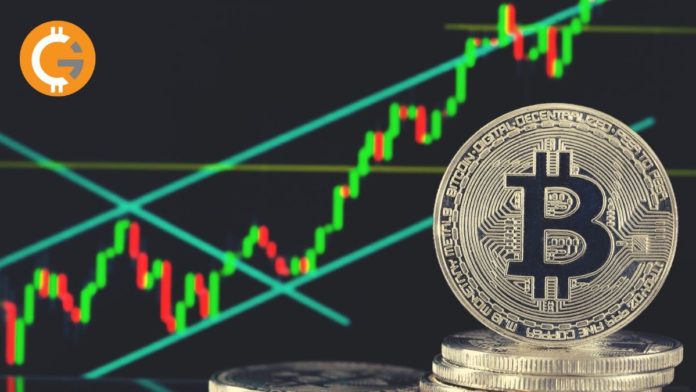 With mining reward halving getting closer, Bitcoin price seems to have seen an exponential surge. On Wednesday, the price of the coin increased by 11% and crossed $9,000. As of now, the coin is trading at approximately $9,205.58.

According to Bitcoin news, the coin was seen to be at a similar level during March prior to the crash of stock markets due to the massive spread of coronavirus. Analysts report that the rise has to do with the bitcoin halving, which will occur on May 12, 2020. Bitcoin halving will shorten the bitcoins supply in circulation by half.

Investors are assessing the history of bitcoin and evaluating how the supply and demand relationship has worked out for the cryptocurrency over the years after an all-new high within 18 months due to halving.

A Comprehensive Look at Bitcoin Halving

New bitcoin come into circulation as block rewards generated by the miners who leverage advanced, state-of-the-art electronic equipment to mine or earn them. Every four years or around 210,000 blocks, the overall number of bitcoins that miners can win is halved. The blocks are reduced by 50%, and it continues to reduce until the block value becomes 0. Right now a single bitcoin is produced every ten minutes for which the miners get 12.5 BTC as a reward; after the bitcoin halving the miners will only receive 6.25 BTC for the same.

The Price of Bitcoin has been experiencing a rise lately, along with hard assets such as gold as a fiscal and monetary response to the ongoing pandemic.

The Bitcoin news of mining reward halving, which will reduce the supply in half, is also an important factor that fueled its demand. And if the current demand of the coin continues to persist, then the decline in supply will further increase the value of bitcoin.

Bitcoin price suggests that the cyrpotocurrency has been experiencing an uptrend over the last six weeks. However, during the collapse in mid-March due to COVID-19, the value of the crypto fell as low as $ 3,800. Moreover, people are also looking at Bitcoin as a potential coin that will reduce the impact of the upcoming recession.

A Start on a Positive Note

Bitcoin had a pleasant start to the year as it saw a 30% gain in January. However the growing impact of coronavirus also affected bitcoin as its value fell drastically in response to the crash of stock markets across the globe.

However, analysts predicted that bitcoin has a deflationary appeal, and it will rise as it always does when it is hard to predict the fiscal policies.

And with halving approaching, the data highlights that there is a massive surge of new investors. Additionally, the collaboration of monetary and fiscal stimulus is further strengthening the appeal of this coin as a deflationary digital asset.

However, even with a strong history of 11 years, the coin is yet to be tested in a recession environment. Over the coming months, we will have a clear idea of whether the world’s biggest cryptocurrency can live up to its promises.