Bitcoin News Today – Headlines for May 20 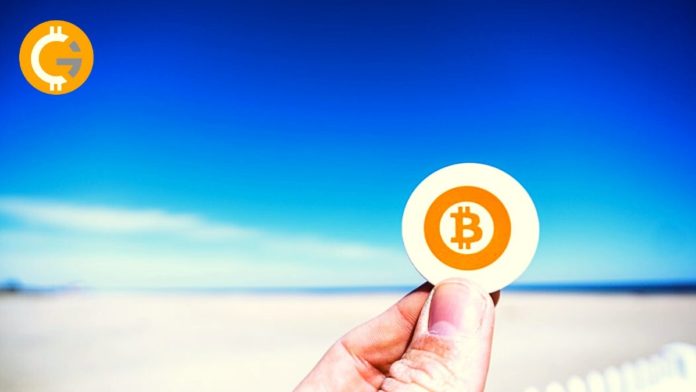 The highly popular mobile payment service, Cash App created by Square Inc. that has always provided with a streamlined mode of money transfer, has now turned the tables of the financial world. With its brand new feature, Square Cash App is extending its prominence in the crypto world.

Jack Dorsey, CEO, Square Inc., made a Twitter announcement regarding the new feature of the cash App. The app now allows the users to make the automatic recurring purchase of Bitcoin. The users can purchase on a daily, weekly, or bi-weekly basis. When the app was launched in 2015, within 2 years, it started Bitcoin sale to facilitate traders to use the money transfer app for crypto trading. Undoubtedly, it is a significant reason to bring automatic recurring purchases to make it better for users.

You can now do automatic recurring purchases of #bitcoin in @CashApp. Daily, weekly, or every 2 weeks. And change the display to sats. #stackingsats pic.twitter.com/kOlxQtkuwd

Bitcoin Is Outperforming Major Banking Stocks In 2020 So Far

The world is indeed facing the wraths of coronavirus, and its consequences are bringing down the economy. March was a crucial month for the financial industry as it made the trade standstill. Even Bitcoin witnessed a sharp fell in its price. Fortunately, Bitcoin has recovered miraculously by soaring over 14% on April 30. It has reclaimed all the pre-corona bull run that it has bagged in 2020. On April 30 the Bitcoin price was quoted at $8,852.46 with an intraday high of $8,973.08 and low of $7,755.07.

After recovering from the March lows, Bitcoin charged back into the stock market with its optimal force. Bitcoin’s performance shunned the U.S stock market. Indeed, the Bitcoin has left the U.S banking stocks in the dust.

The "Pomp trade" having an epic year.

The founder of Messari (crypto analytics data provider), Ryan Selkis, made this tweet on Monday, where he highlighted the fortunes of Bitcoin and major U.S banks until Mid May 2020.

The stocks of Citi, Bank of America, Wells Fargo, and JPMorgan has been left behind as Bitcoin soars up to 37%. According to the analytics data, the major banks’ stocks have plunged down by 30-50% due to the massive staggering of Bitcoin. JPMorgan, the best performing asset, was running at negative 37.2%, and Bitcoin cleaning stripped it off by 300%. Both the stocks fell drastically in March, Bitcoin is significantly recovering, but JPMorgan standstill.

The founder and CEO of Galaxy Digital (crypto investment bank), Mike Novogratz, is particular about Bitcoin’s success after the halving. Novogratz says that Bitcoin will continue to stagger up after the much-awaited halving. He also added that Ethereum has got a lot to catch up with. Mike Novogratz revealed his views pon Bitcoin at an interview on Fast Money, CNBC. The crypto investment bank CEO believes that a growing number of investors will continue to buy Bitcoin after Paul Tudor Jones has referred the cryptocurrency as the “fastest horse” in his trading portfolio. Mike has taken reference from Paul Tudor’s comment to explain the hike in Bitcoin’s performance throughout the rest of the year.

On May 11, Bitcoin faced a sharp fall by 15% when it soared as high as $10,000 and fell hard to $8,400. Yet the Wall Street billionaire Mike Novogratz was certain with his prediction on Bitcoin and stated that it would rally up to $20,000 before wrapping up the year. In the wake of the halving event, the Galaxy Digital on his interview with CNBC interview rooted for Bitcoin’s performance when it had just witnessed a massive 15% fall.

Recently Crypto Whale sends 14,922 BTC to Anon Wallet in the form of Average Fee. According to trading expert Mati Greenspan, the average fee for BTC trading is $6, and whales have sent invested around $143 million in Bitcoin and $53 million in EOS. The jaw-dropping transaction has left the crypto market in amazement. In a recent Whale Alert, it was found that the key players in the market have moved $14,922 BTC to Anon Wallet and created a buzz in the market.

The Whale alert made a shocking revelation of two gargantuan blockchain transfers over the past twenty hours. It has created a wave of amusement among traders and investors. The massive transaction was done in two parts; each of the transactions was conducted between anonymous wallets and the crypto whales. The total funds sent to these wallets’ values around $143,962.779 BTC. Along with BTC, EOS was also transferred, which valued around $51,185,238. The reason for this massive move is still unknown. One of the wealthiest Bitcoin holders has stunned everyone with his transfer that cost around 0.00003138 BTC or $.30.

Whale Alert threw light on the massive transaction and stated that a big player in the Bitcoin space had moved $14,922 BTC from his wallet. Later many revelations came regarding the whale. This particular BTC holder has been accumulating BTC in his wallet since last month. Until 13 May, the wallet continued to accumulate and became the 48th richest Bitcoin address. The whale account was constantly under the scrutiny when it started accumulating Bitcoin.

Share
Facebook
Twitter
WhatsApp
Linkedin
Previous article
Electroneum: The Next Phase of Growth and The Future Plans
Next article
OmiseGo Gets 200% Pump as Soon as It’s listed on Coinbase