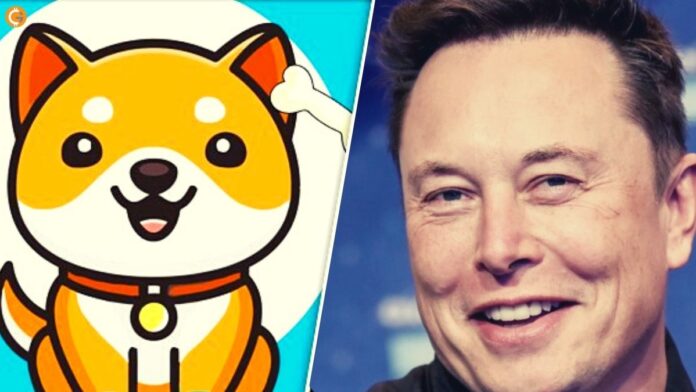 The price of Baby Doge Coin has seen a jump of over 100% since Elon Musk’s tweet about Baby Dogecoin. It is one of the most actively discussed coins in the cryptocurrency community of late.

In his tweet, Musk used the lyrics of the song Baby Shark, which went viral last year. In the tweet, Musk wrote Baby Doge instead of Baby Shark. After this, cryptocurrency started trending on social media. According to CoinMarketCap, Baby Doge has seen tremendous growth after Musk’s tweet and has increased its price by 100%.

Elon musk did a tweet about Dogecoin but it did not affect the price of Dogecoin. Instead, there was a jump in the price of Baby Dogecoin. Baby Dogecoin is currently priced at $0.0000000003715. According to CoinGecko, people who bought Baby Doge on the first day have achieved returns of around 500%.

How much the price of Babydoge coin can go up in the coming time, it is difficult to say right now, but the way their community is promoting it, it seems that they will believe it by actually reaching the moon. You can invest $50 to $100 and make a decent profit within the next 6 months to 1 year. You can buy BabyDoge Coin on pancakeswap exchange.

Always invest in this type of cryptocurrency after doing your own research and invest only as much as you can afford the loss.

BabyDoge coin is an another memecoin inspired cryptocurrency has recently been created by “fans of the Doge community”. According to the team, the hyper deflationary token has crossed 300,000 holders and $1 billion in market cap in just two weeks.