Ethereum Going To Another Level 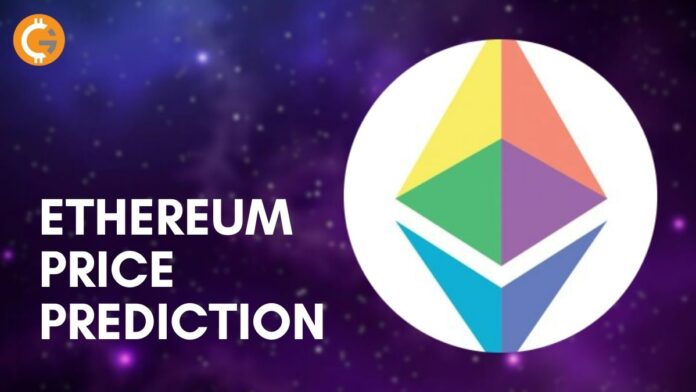 Ethereum has been at the forefront of the cryptocurrency market’s most recent upswing as the defi asset looks to close the distance between itself and bitcoin. Speaking with Kitco news co-head of galaxy digital trading Jason urban discussed his outlook on Ethereum and bitcoin prices as well as the progress of institutional adoption of the second largest cryptocurrency by market cap.

Analyzing what is driving the institutional demand for Ethereum

Urban discussed Goldman Sachs exposure to Ethereum via an Ethereum fund. From a google trends spike to depleting supply multiple catalysts have been hinting at more upside for Ethereum. Several market catalysts suggest that Ethereum’s native token Ether is well positioned to surge higher this month.

The merge also called Ethereum 2.0 refers to the Ethereum network’s full transition a proof-of-stake from proof-of-work. A development that had been touted as one of the major catalysts behind Ethers rebound from $2,500 on march 14 to over $3,100 this week. With proof-of-work mining Ethereum’s supply has grown by three percent every year.

Jason Urban the galaxy digital co-head also considered Ethereum 2.0 as a driving factor moving from a proof of work universe to a proof of stake universe.

“I think that there’s two factors one as people become educated in the space and they understand what what the value proposition of crypto is they start to understand the power of smart contracts that layer one that so many brilliant minds can build on and Ethereum is is that the Copper. Bitcoin is the digital gold and Ethereum’s digital copper. It allows for the ecosystem to be built in so many ways as do the other layer ones and so people stepping in and wanting to do that is important.”

The widely anticipated Ethereum 2.0 upgrade or merge has been generating some bullish sentiment for the Ethereum token even before its application. Experts have suggested that this update will launch Ethereum towards the $10,000 price mark. The world’s second largest cryptocurrency has seen a surge of over 23% in the last 30 days.

Another crypto enthusiast, Lark Davis suggested that Ethereum 2.0 will prove to be the catalyst that will lead Ethereum towards the $10,000 price level. Recently billionaire Ark Cuban said, he was very bullish over the upcoming upgrade, the Ethereum token has registered a gain of over 23% in the last 30 days. comparatively bitcoin is up by just 9% in the same period of time.

Ethereum is trading at an average price of $3,082 at the time of writing. According to coin market cap the world’s second largest cryptocurrency has total market capitalization of over $370.8 billion dollars. Interest in Ethereum has spilled over into other all coins and has also benefited the prices of proof-of-stake tokens such as Solana and Cardano. If you believe we will see Ethereum at $10,000 this year.