Binance Virtual Conference: Future of Blockchain and Crypto in India 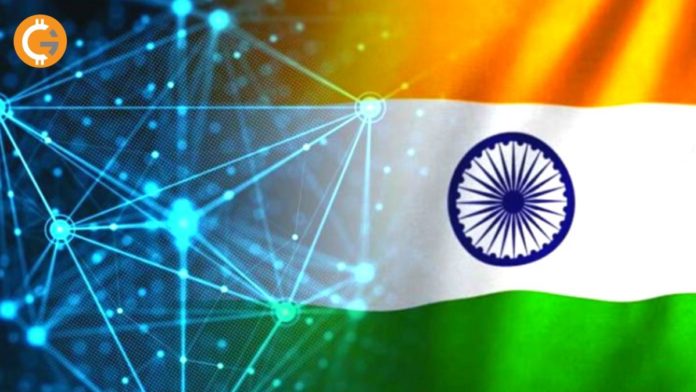 Binance is currently the largest Cryptocurrency trading exchange in the world, where hundreds of certified cryptocurrencies can be traded. Since 2018, Binance has been the largest trading exchange if one considers the volume of trade it is handling. Founded on July 14 2017 by the Chinese-Canadian developer Changpeng Zhao, Binance is now turning three. To celebrate this momentous occasion, they organized one of the biggest blockchain and Cryptocurrency events of the year. It is a magnificent 10-hour long live event, which is being streamed fully live on YouTube and other video channels. This is a unique event bringing together more than eighty influential financial analysts, Cryptocurrency specialists, academics, policymakers, etc.

Binance’s online conference was presided over by more than eighty distinguished speakers, such as Cliff Liang, Lianghong Fei, Akon, Changpeng Zhao and Don Tapscott. Stalwarts from the Indian finance scene were also there, and the team included names such as Naveen Surya, Nischal Shetty, Sandeep Nailwa, and Navin Gupta.

All of these individuals are professionals currently at the top of their fields, currently embroiled with cryptocurrency, encryption, technology, etc. in some way or the other. For example, Cliff Liang and Lianghong Fei are two cloud computing professionals who are currently working at Amazon Web Services (AWS), the largest cloud computing service in the world. The former is General Manager of the Greater China region and the latter is a “Technical Evangelist” and cloud systems architect with more than twenty years of valuable experience. Senegalese-American singer and rapper Akon was also in attendance, who is well-known for developing his very own brand of stable cryptocurrency called Akoin. There are plans to implement Akoin as the transactional center of Senegal and Africa.

The future of Cryptocurrency and blockchain technology in India

One of the most exciting panels in the conference was about the future of Cryptocurrency and blockchain technology in India. It was moderated by Ajit Tripathi, who is currently a BDO at Binance. In attendance were some of the pioneers in Indian blockchain technology – Naveen Surya (Chairman on Fintech Convergence Council), Nischal Shetty (CEO, WazirX), Sandeep Nailwa (COO, Matic Network) and Navin Gupta (Managing Director, Ripple).

Ajit Tripathi: Navin (Gupta), why is it taking India so long to get into the world of Cryptocurrency and blockchain, given that its neighbour China has managed to make so much progress?

Navin Gupta: Well, actually, India was the top Cryptocurrency trader in the region up to 2017, but things have since slowed down due to the implementation of a quasi-banking ban. In short, improper regulation is the major deterrent behind the underdevelopment of India’s current Cryptocurrency scenario.

Ajit Tripathi: That’s a very good point. Next, I would like to ask Nischal (Shetty) how he managed to make any progress with WazirX, given the lack of awareness in India about the subject?

Nischal Shetty: I started WazirX a little before the quasi-ban was implemented, and I really do not know what I would have done had the ban been in place before. In my opinion, most crypto developers and entrepreneurs see the banking ban as a major deterrent for investment, and would thus not be interested in working in the country. However, the banking has been lifted recently and I am hopeful that Indian developers and entrepreneurs will recover solidly within the next eighteen to twenty four months.

Ajit Tripathi: It is a fact often discussed that Indian bitcoin mining operations and overall crypto protocol is very much behind that of other countries, such as China and Japan. Since Sandeep Nailwa’s Matic has been a pioneer in the field of bitcoin mining and blockchain technology, I would like to ask you what attracted you towards Cryptocurrency in the first place.

Sandeep Nialwa: Indian developers generally choose to work for foreign companies, and do not get the opportunity to go out and establish something on their own. This is mainly due to the fact that there is a lot of disparity and “non-clarity” in the crypto regulations existing in India. Instead of taking risks and starting their own ventures, most of the talented developers choose to go somewhere else. The restrictive regulations make it very difficult to develop and implement proper blockchain regulations in the first place.

Ajit Tripathi: Finally, I would like to ask Naveen (Surya) about what his organization, Fintech Convergence Council, is doing to foster the growth of crypto regulation and technology in India?

Naveen Surya: My organization mainly goes about having rounds of discussions and negotiations with the Reserve Bank of India, or RBI. We have had fruitful discussions and debates, and we think our intervention has managed to slowly spark change and create a more supportive space for Indian blockchain developers and entrepreneurs. I am optimistic that in the next couple of years, Indian blockchain technology is going to make a superb comeback.

Binance’s livestream conference has been a grand success, and is going to provide a lot of exciting new insights into the world of cryptocurrency, blockchain, crypto regulation, etc. Especially, there has been a lot of insight about how India is currently at the forefront for crypto technology.