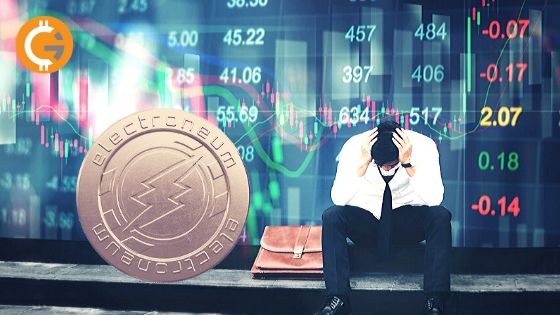 Electroneum is a coin that was in the news at the time of its ICO launch and was the favorite coin of all the crypto YouTubers and Influencers of the time. Why was the once-popular coin performing so poorly today? In today’s article, we will try to know.

The reason for the price of Electroneum falling down

The ETN was primarily a gaming / gaming coin, which was loved by many during the ICO. These people who are donating this coin nowadays, in those countries which are mostly poor, one reason is the fall in its price. Because of which there is no increase in its price and people have no interest in buying ETN. 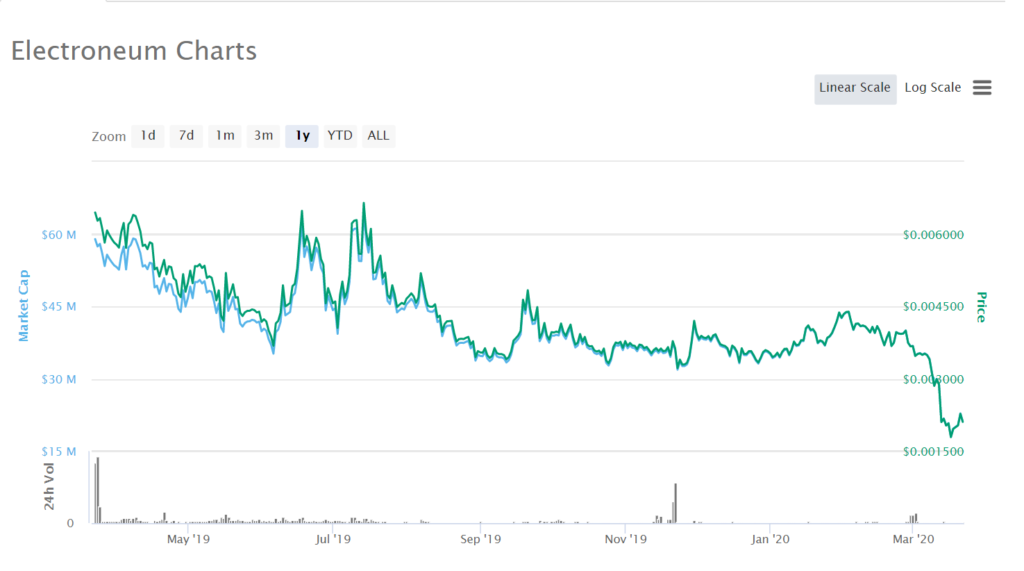 All crypto, foreign exchange and stock markets have crashed due to this corona virus but ETN had similar situation even before this virus came. Both the price and the ranking have been declining since the last two years. Therefore, to say that corona can be a reason, this thing is baseless.

Mining of Electroneum will have to be stopped

Some people believe that the company has not started marketing this coin yet, due to which its price is not going to boom. As long as we do not stop sharing it for free and do not stop mining on its mobile, its price will not increase.

How will the Electroneum Price go up

If we say that everything is falling, then it is also not right. Electroneum will still have to establish itself in the market. Have they failed to establish themselves? In my opinion, it is too early to say.

Must read: A Beginners Guide to invest in Electroneum in 2020 – ETN Price History, Prediction

As many have already said, the majority of ETNs are held by bookies and traded by bots. The price is falling because traders make money from volatility. Bots generate profit from every side whether the price goes up or down. Unfortunately, there is no demand for ETN, because the bots keep the price constant at the time of purchase by the buyers and then the price, due to which the common trader is never able to make a profit.

Must Read: Bitcoin Price down by 50%, Crypto market plummeted around $93.5 billion in a day

We believe that the Electroneum under Richard’s leadership is doing fine but they should also take care of the traders. We do not know what the future holds but if Electroneum does not establish itself soon then it will fail. Hopefully, we will have a clear answer this year.