Why 2022 Will Be The Year Of Cardano Bull Market 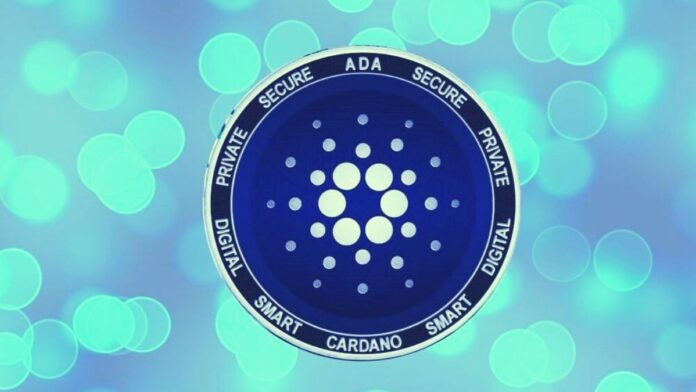 The cryptocurrency market as a whole has been on a decline for the past few weeks and months. Cardano has been on a downward trend hovering around the $0.79 mark. This means that at the time of this writing Cardano is the sixth most valuable cryptocurrency by market cap since its all-time high of around $3 back in September of last year.

Cardano has been on a downward trend the price of $ADA has been falling in recent weeks mirroring the negative sentiment in the crypto markets. Some may attribute this decline to company critics who believes the coin is passed its prime and has been surpassed by competitors. On the other hand Cardano has a large number of ardent supporters who believe in it and are willing to wait for it to reach its full potential.

Cardano’s downward trend is certainly no worse than that of many other leading crypto coins whose supporters like Cardano’s may not be too far off the market but believing that Cardano is a platform which has the potential to rise to the top and the notoriously volatile and cutthroat cryptocurrency world.

Raoul Pal is a big advocate of cryptocurrency and his knowledge and opinions are well regarded in finance and crypto. However he also cautions people against taking predictions too seriously and suggests instead planning for multiple scenarios but he is adamant about long major success for the adoption of the coin.

The CEO of Real Vision is not the only crypto figure to forecast a strong and bullish first quarter of 2022. Expert Ben Cowan and Messari CEO Ryan Selkis via his 2022 thesis report also predicted the same. Macro Guru Raoul Pal previously stated that Cardano, Solana, Avalanche and Terra would all become extremely volatile this full cycle.

Macro guru also said that the growing popularity of DeFi and NFT’s factors into his predictions for crypto with decentralized finance revealing that DeFi and NFT’s are already twice as popular as bitcoin. Raoul Pal isn’t just speaking his mind he’s also heavily invested in leading cryptocurrencies in 2021. He also stated that had shifted his entire investment portfolio to cryptocurrencies a tremendously bullish move. Pal sold all of his gold holdings which accounted for 25 percent of his investment portfolio at the time all of the funds were transferred to cryptocurrency.

Raoul Pal predicts that inflation will stifle economic growth in 2022 and that the central bank will refrain from raising rates. If economic data does not match their predictions he points out that bold yields which are frequently used to forecast GDP and interest rate change are still skeptical of the bank’s upcoming rate forecast. Lower interest rates are generally regarded as positive for cryptocurrency.

As we can see the actual price was a bit higher than the most pessimistic forecast maximalist predictions were unrealistic. So far the crypto market has changed and
prices are downtrend significantly there is no clear reason to stop the downtrend shortly.
By mid 2022 the price of ADA will exceed the $1.5 mark and will probably go further 2023. If the Basho and Voltaire segments of the roadmap are completed in time and there are all reasons to believe in the success of the Cardano team by then the ecosystem will be quite
prominent. Without a doubt Cardano maintains its position among industry leaders. The industry itself is far beyond what is expected at the beginning of 2020 as the corona crisis and the involvement of large corporations and capital in the crypto sector has spurred the expansion of cryptocurrency use and development.
This means that Cardano will win a double victory in 2023 as one of the main products in the market and as part of the growing market. Undoubtedly ADA will maintain its position among leaders in 2023 by the end of the year. Prices could reach $4 or even $5. This project is a regular part of the financial system and has the potential to become an important and effective smart contractor.
Share
Facebook
Twitter
WhatsApp
Linkedin
Previous article
Top 3 Crypto to Buy in March 2022 (HUGE Potential)
Next article
Radio Caca Price Prediction 2022