Watch out Bitcoin: 5 altcoins which top Bitcoin in 2020

2019 has been a year full of surprises when it came to the cryptocurrency market, and 2020 promises to be even more explosive. Last year saw the pioneer of cryptocurrency, Bitcoin’s prices soaring, while we also saw the introduction of several new alternative coins, better known as altcoins. This is to the advantage of investors and traders, as now that Bitcoin is almost unaffordable, they still have a wide variety of choices to invest in. At present, there are more than 1500 types of cryptocurrency circulating in the market. However, some show much more potential than others, in terms of affordability, long term growth, use and adoptability. Below are the top 5 altcoins that are poised to make it big, in 2020. 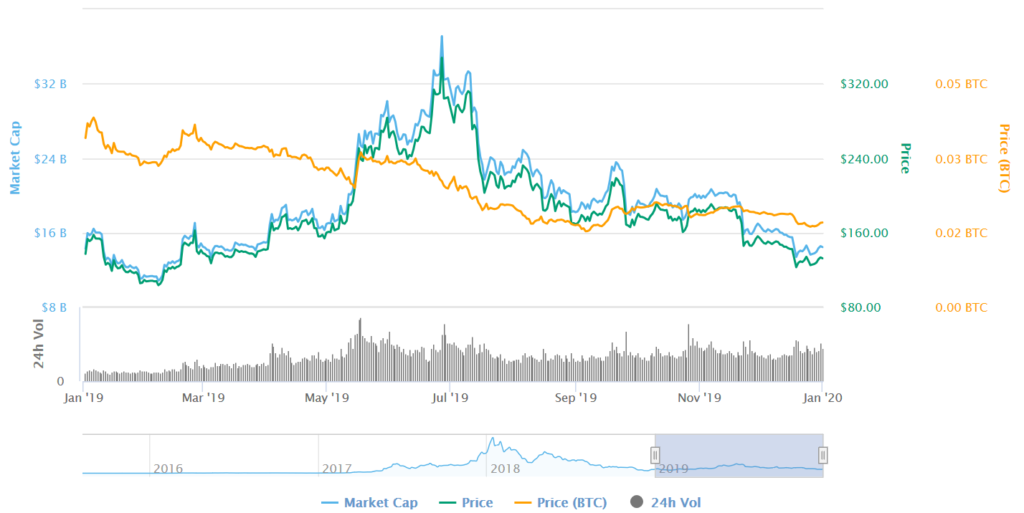 This should come as no surprise, as Ethereum, Bitcoin’s longtime rival has been itching to make it to the number one cryptocurrency spot for quite a while now. 2020 may finally make that happen, as it brings Bitcoin’s historic third halving, when the reward for each new block will fall to 6.25 coins. This might finally tip the balance in Ethereum’s favour, as the price of Bitcoin will fluctuate wildly and will take more than a year to settle, according to trade experts. This makes it a little too unstable for most cautious investors. Ethereum, which was at an all-time high of $1417 in 2018, has remained solidly constant and affordable throughout 2019, attracting low to medium risk investors. It closed the year with a price per coin of $132 dollars, and a market cap of over $14 billion dollars. Thus, with a steadier price than Bitcoin and a constantly growing market share, Ethereum has a world of potential in 2020. 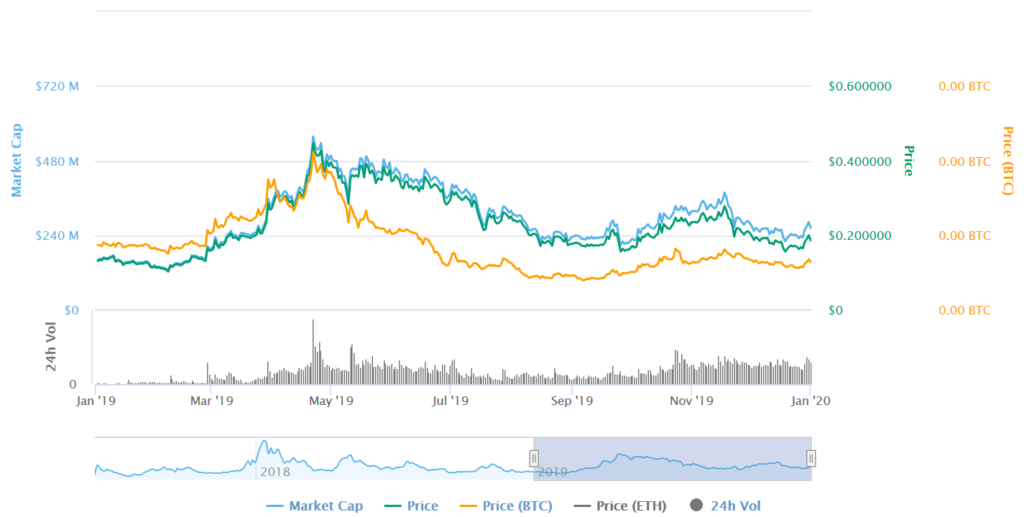 BAT or Basic Attention Token, is a revolutionary new altcoin by Brave Software, for ad agencies, publishers and developers. BAT is the driving force and revenue behind the search engine Brave, which has already broken records, for transforming the way ads are leveraged for revenue. According to the Brave model, users only view the ads they are interested in. Also, unlike traditional advertising, users, publishers and developers all get paid whenever an ad is viewed. This could make Brave even bigger than Google Chrome in due time, and would be an excellent reason to invest in BAT, which supports it. For a recently launched altcoin, BAT has shown excellent promise in 2019, with a market cap of over $260 million, and a very affordable price per coin of $0.185 at the end of the year.

In 2019, the VeChain token, or VET, launched by VeChain Thor, as their native altcoin, saw the Asian market taken by storm. Based in Singapore, VeChain Thor is already a very strongly established blockchain company in South East Asia, with partners like PriceWaterhouseCoopers (PWC) and BMW. It is also the pioneer of blockchain technology in China, introducing more than 650 tea industry companies to blockchain, through the recent tie-up with the Anhui Tea Industry Association. An excellent reason to invest in VeChain in 2020 is that it stands to have enormous value in the near future, due to China’s rising power in the global economy. As such, it acts as a bridge to further investments in the Chinese economy. 2019 was a very prosperous year, at a healthy $0.005 per coin, and a market cap of $309 million, and 2020 will see it rise to new heights.

BitTorrent needs no introduction as the most popular sharing and torrent platform of the decade. However, as its own market dominion grows, BitTorrent has also recently launched its own altcoin BTT. BTT is intended for sharing content across platforms, users and authors, seamlessly and without intermediaries. A partnership with Tron, another altcoin, for its blockchain technology, has enabled BTT to establish itself firmly in the cryptocurrency exchange. 2019 saw BTT’s price per coin at a very attractive $0.0005 and a market cap of $63 million. With the amount of online content rapidly growing multifold with each coming year, BTT is poised to take over the cryptocurrency market with a huge first mover’s advantage in 2020.

IOTX, is the native altcoin of IoTeX, is one of the first altcoins of its kind to combine both the blockchain and the Internet of Things technology. With a price per coin of $0.0045 and a market cap of $18 million, IOTX is reputed to have a surprisingly sound and reliable algorithm for an altcoin so young. The company IoTeX focuses on developing and providing solutions for IoT devices and systems. It is also a major player in the fields of artificial intelligence and data analytics, both of which are crucial for IoT. These sectors are forecasted to boom massively in the next few years, which make IOTX a very lucrative altcoin to invest in, in 2020.