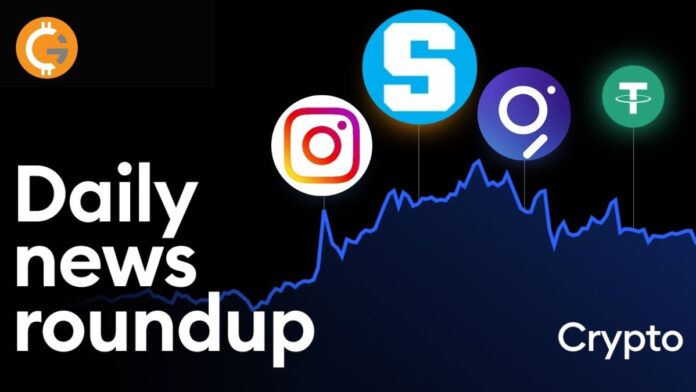 A daily round-up of the most interesting crypto news like Bitcoin, Altcoin, NFTs and Metaverse to help you jump-start the day.

Instagram is finally getting off the sidelines to bring crypto to its platform. Meta CEO Mark Zuckerberg says that IG’s video and photo sharing application is preparing to add an NFT component and it looks like users could be able to mint their own NFTs directly on Instagram and while the Meta CEO dropped that announcement at the south by southwest conference in Austin, Texas.

There’s still no timeline for the feature besides Zuckerberg saying that it should be dropping in the near future.

The Graph is showing how data providing platforms are coming into the limelight thanks to the web3 transition. GRT tokens have skyrocketed over 33% in the last week. As this top market performer is sitting at the $0.44 mark and it’s worth keeping the Graph and its specialties on your radar. As it spearheads the integration of blockchain technology through subgraphs which store index data from different platforms onto a global graph of blockchain data.

The sandbox playground is getting bigger every day and the metaverse platform has just announced huge partnerships with HSBC bank. Crypto enthusiast Paris Hilton with the second largest European bank purchasing a virtual plot of land that will be used to build esports and gaming areas for sandbox users. And with Hilton commemorating the partnership with an immersive experience and DJ set at the south by southwest for land owners and these deals are reflecting positively in the market with sand tokens going on an 8% spike.

Telos is expanding into the Blocktopia metaverse. The platform will be holding its meta offices in the virtual skyscraper where its users can reach out for help with technical updates. Get access to amas and get a front row seat to the telos Ethereum virtual machine.

There’s a new resource for crypto startups. TruePNL is the latest launch pad that lets any investor dive into early projects with transparency and security. And to be able to find a project early enough to be able to mold its foundation and connection with the community. Along with being able to create exchange pools with the help of TruePNL. The launch pad has been proving itself with 45,000 users, 53 total projects and over 5 million dollars raised for the platform.