The Entire Crypto Market Crashed – Time to Buy the Dip Or Even out your Average? 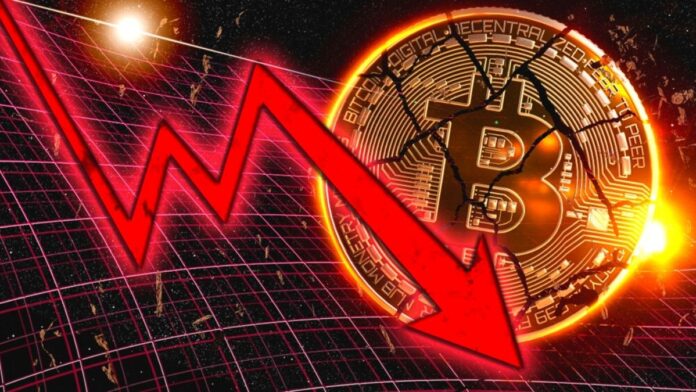 For the second time in the row, the flagship cryptocurrency bitcoin plunged heavily and the entire crypto market crashed. Top 100 Major Altcoins were affected severely with double digit losses.

In less than a week, Bitcoin price has seen 2 crashes, causing fear to pervade the crypto eco-system. The price dropped $15K from its recent ATH, and plummeted below $50k since march. Today, during the early trading hours, btc price reached as low as $48K. However, the king coin recovered slightly and is now trading at $49K.

Bearish market or a Deep Correction ?

Few Analysts Claim that the 2017 Bitcoin Rally had minimum 6 corrections of nearly 40% loss. However, it was followed by an average yearly gain of 153%.

Technically, this is still not a #Bitcoin correction

Well known analyst and trader Rektcapital tweets that,  no doubt Bitcoin price is currently in a bull market this does not mean the price won’t drop to lower levels.

As per the analyst :

Reason Behind the Market Crash ?

The major reason behind today’s market fall is due to U.S. President Joe Biden’s newly proposed tax hike for capital gains earning above $1 million. The changes in the tax code include the tax rate of up to 39.6% instead of the current 23.8%. The Bloomberg report suggests that the federal capital gains tax rate may be as high as 43.40%. This is nearly a 100% spike from the current rate at 23.80%.

Markets dumping cos Biden wants to increase taxes on capital gains is funny.

"He wants to increase taxes, what shall we do? I DUNNO, QUICK, LETS ALL CREATE A TAXABLE EVENT BY SELLING"

This news sent panic waves across the Fintech Market. Due to this huge selling pressure occurred in the crypto market. However, compared the stock market we can see that the crypto market is affected severely

Overall, the US TAX code changes, china Blackout and options expiring all together have impacted the crypto market today. But nonetheless, many influencers and analysts see this as a mandatory correction which fuels the bull market with the BTC price recovering above $60K soon.