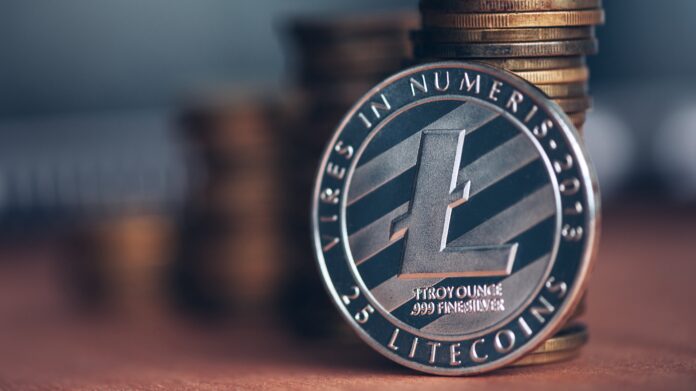 The Bitcoin Price remains stuck in a one-leg, two-leg backward price pattern. When there is Bitcoin’s supremacy, the market tends to move towards alternative coins. Analysts are waiting for Bitcoin’s market share to fall below 50% before the alt season can really begin. Although Few traders disagree that Bitcoin (BTC) is in a bull market, there is less agreement on whether or not the market is experiencing an “altcoin season.”

As the major cryptocurrency prepares to rebound, the Litecoin price is deep in correction territory. The LTC has fallen for seven days in a row and is now down more than 32% from its previous peak last week. The market capitalization has plummeted to over $14.97 billion.

Though it appears that bears have plans for April, Litecoin’s price will benefit from the market’s overall optimism. Since reaching an all-time high of $335 last week, the LTC price has dropped dramatically.

LTC price had surged by more than 175% this year before the crash. Other altcoins, such as Dogecoin and Ripple, have performed better.

Bulls have recovered losses from the weekly time frame thanks to intraday returns. Given its bullish outlook, crypto analyst Altcoin Sherpa believes LTC could surge to a new all-time high of $420.

$LTC: Potential 50/200 bullish EMA cross on the 1D for BTC pair incoming, this would be very significant IMO. Havent seen that since 2019. I'm bullish on #Litecoin still and think it's going to go to $420. #LTC pic.twitter.com/I15n9oEwsI

The RSI, on the other hand, has risen above the middle line and is now printing 52, while the MACD is improving following a bullish crossover.

LTC/USD is gaining traction and rising above the 100 SMA, as seen in the chart below. Uncertainty appears to be dissipating, with price moving higher as bulls continue to consolidate their spot after bouncing off $257.