Litecoin Halving due next week! What to expect? 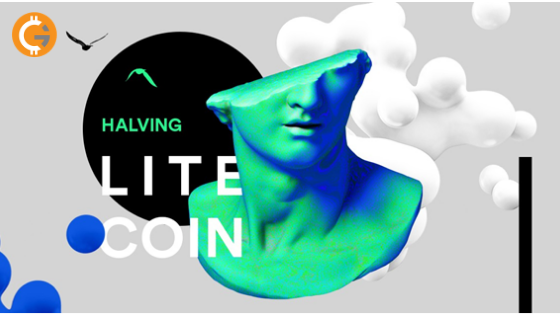 Cryptocurrencies can be a very tricky affair to cope with. A sudden surge could be backed up by a dip which would lose it all at once. As the Litecoin halving is approaching fast and is due by next week, several theories are making the headlines. Whether it would blast off in the weeks leading up to halving or remain same? Also, it is anticipated that the reduction in block rewards could already be cashed and priced in. But, is that so in reality? Well, it did happen the last time when a huge price surge was seen in 2015.

In simple words, it is an event which reduces the issuance rate of Litecoin or similar crypto by 50%. Or otherwise, the block rewards to the Litecoin miners will be reduced. Consequently, the amount of Litecoin going in circulation everyday will also be reduced. This increases the price of mining one Litecoin leading to an increase in fixed supply of Litecoin. The halving happens at every 840,000 blocks mined and will continue to happen till 84,000,000 Litecoins are mined. It is an event which takes place nearly after every four years. The incentive for verifying a block was halved to 25 LTC in 2015 with further reduction to 12.5 now.

A common perception which surrounds the events like halving is that there is a boost in cryptocurrencies pricing. History complements this perception pretty well. Last time, in the month leading up to halving of Litecoin, the price surge was nearly 400%. That means, the price went blazingly up from bare $1.70 to an extra ordinary $8.50 in 2015.  But the question remains, will it happened this time too? Well, this does not seem like the case this time. Litecoin and Bitcoin have always shown positive price actions. This time, though, the trends and markets seem to be going the other way around. Even the creator of Litecoin went onto say that the price of Litecoin will fall sharply this time around. The main reason why, is that the miners may not find the block rewards profitable enough.

A research has shown that in long term, halving events leave positive impact on the pricing of Cryptocurrencies. A well-monitored research on the behaviours of cryptocurrencies have shown that the halving events didn’t show high volatility or extraordinary returns. Thus, more or less, no abnormal effects on pricing do actually take place in this particular scenario.  In short term, the block rewards will be reduced per Litecoin transaction but in long term, it does not affect its pricing as much.

Share
Facebook
Twitter
WhatsApp
Linkedin
Previous article
A $42000 Bitcoin by the year end – Is it for real?
Next article
US about to accept blockchain at last – How far the uncertainty on Cryptocurrency can go?