Elrond Token Review: Everything We Know About ERD 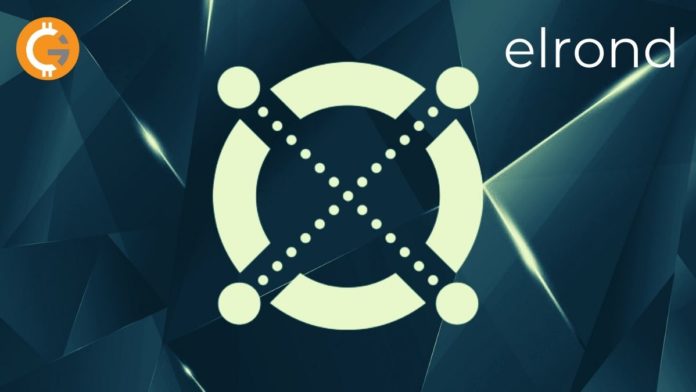 In this article We are going to be taking a deep dive into elrond not only will we break down its unique tech stack but we will also explore its tokenomics and that recent mainnet launch.

Elrond is a distributed transactional cryptocurrency protocol that relies on proof-of-stake consensus as well adaptive state sharding. It is a blockchain that also has smart contract support which means that dApp developers can build other applications on top of the Elrond network.

It’s these features that have had many people comparing it with the likes of ethereum or cardano. For example elrond is another one of those projects that completed an IEO (initial exchange offering) over on the binance launch pad.

For those who don’t know what this is, it’s where an exchange will back a token giving its users an opportunity to participate. Since that time the elrond team has been building out the tech working its way towards a main net launch and full release of its functionality. This recently happened and there was a great deal of interest that surrounded it and for good reason.

Here are the main takeaways:

– It uses a random sampling of the consensus group

– Random reshuffling of nodes into other shards

Well it comes down to its underlying technology so let’s take a look at that when it comes to a blockchain scalability there are a number of factors that limit its growth one of the most well-known has to be particular consensus methods. For example when it comes to bitcoin and ethereum 1.0 they rely on proof-of-work algorithms.

Now before we can explain exactly how elrond approaches their sharding solution we need to explain what sharding actually is. It’s the method of splitting the blockchain into a collection of other blockchains called shard chains.

It’s a concept that’s been used in database scaling for a number of years. okay so why would anyone want to do this ? Well it all comes down to scaling. If you can complete different computations in numerous shard chains you reduce the bottlenecks that come from using only a single blockchain. You can essentially run computations in parallel. If there’s one dapp that’s taking up a lot of computation power on one of the shard chains it won’t impact on the main blockchain.

There are three components that make it unique.

Elrond completed an IEO on Binance back in July of last year. They sold 5 billion ERD tokens which was 25% of the total token supply of 20 billion. There was also a prior private sale where the team was able to raise about $1.9 million.

ERD tokens were issued on the Binance Chain blockchain initially as BEP-2 tokens. However, in November of last year they started burning the BEP-2 ERD tokens and minting a corresponding ERC20 token (one for one). This was done in order to better represent ERD across the two different chains. There have been over 7 billion ERD that have been migrated over to ERC20 tokens.

The Elrond Gold crypto will have a ticker eGLD and Elrond plans to migrate all remaining ERC20 and BEP-2 tokens to this token.

However, there will be an exchange ratio of 1,000 ERD tokens per 1 Elrond Gold. So, it will have an effect of reducing the total outstanding number of tokens. Instead of 20 billion ERD, the total supply will start out with 20 million eGLD.

There is one significant change from the old ERD model in that the total amount of tokens on the market is capped. This is because the total validator reward is capped at just below 11.5 million tokens.

We now want to leave you with a few closing thoughts. Firstly we will say that we are quite impressed with elrond tech. On paper we think it has all the Ingredients to develop a highly secure scalable and usable blockchain. Secure because of their unique proof-of-stake consensus method, scalable because of their three-tiered approach to sharding, usable because of their virtual machine with broad language support.

We also do like the new elrond gold tokenomics. It naturally increases the long-term value of the token and incentivizes user staking and participation. Current staking returns on ERD are quite attractive and if similar levels can be maintained on the mainnet then it could be an attractive coin to HODL but the main question you guys are no doubt asking is whether it should be HODL right now. In our honest opinion we would hold off a bit. Currently it looks like ERD tokens have rallied too hard and too fast they still need to fully roll out their mainnet and implement their new tokenomics before one can make a solid investment case going forward.

When the mainnet is finally released we will want to see solid network growth performance stats while testnets are a good indication of what could come they are far from conclusive. We then also wonder if the initial excitement around elrond could be overshadowed by the eventual release of ethereum 2.0. We all know that the latter is likely to be a game changer for the crypto space as it could fundamentally supercharge the ethereum blockchain. Ethereum already has considerable network effects.