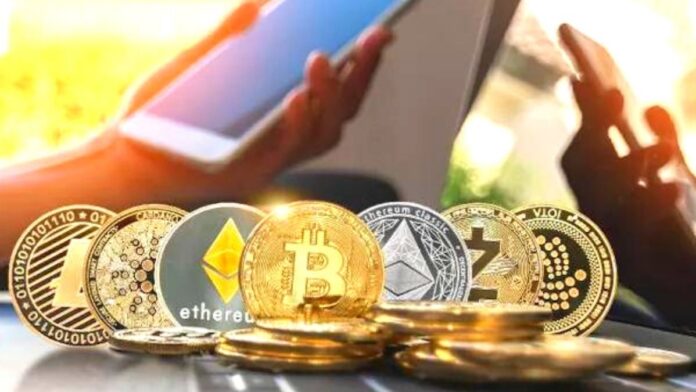 By coin market cap, the prices of other top cryptocurrencies such as Terra, Dogecoin, Avalanche, Shiba Inu and Algorand etc. have also dropped significantly. The reason for this decline is rising inflation, increasing uncertainty about the Omicron variant of Corona and strict monetary policies.

Bitcoin, Ethereum and other major cryptocurrencies are seeing steady declines. The conditions of the crypto market are so bad that the price of many cryptocurrencies has come down by as much as 50 percent. This decline has been continuing for the last six days. On Monday (January 24) also the crypto market remained in turmoil. During this, buyers of major crypto coins Bitcoin, Ethereum, Cardano, Solana, Avalanche etc. suffered a lot. However, during that time six cryptocurrencies made huge gains, which saw a 622% jump in price in a span of 24 hours. According to data released by Coinmarketcap, the global cryptocurrency market stood at $1.53 trillion as of 5:30 pm on Monday due to the continuing decline. During the last 24 hours, the market saw a decline of 7.32 percent.

During the last 24 hours, the price of bitcoin has reached below $33,000. At the same time, Ethereum also saw a drop of 10% and its price came down below $2200. Other crypto coins such as Solana, Cardano, Binance, XRP and Shibu Inu also continued to lose heavily.

Total crypto volume down 35% in 24 hours

Mudrex co-founder and CEO Idul Patel said that in the last 24 hours, the total crypto volume has fallen by about 35%. Bitcoin has reached its lowest level of three months below $35,000. Due to the continuous decline in bitcoin, the concern of those investing in it has increased a lot. Apart from this, Ethereum is also continuously declining.

Must Read: Top Reasons Binance coin is Poised to Surge in April!

Fall due to many reasons

By market cap, the prices of other top cryptocurrencies such as Terra, Dogecoin, Avalanche, Shiba Inu, Coscos and Algorand etc. have also dropped significantly. The reason for this decline is rising inflation, increasing uncertainty about the Omicron variant of Corona and strict monetary policies. Edul Patel said that the next week is expected to be very difficult for the entire crypto spectrum. He said that many reasons are responsible for this. Actually, China has completely banned the use of bitcoin in Sichuan province. Due to the deteriorating situation due to Corona variant, the entire market has been badly affected.

En-Tan-Mo made the highest grossing

He told that on Monday, the crypto coin named En-Tan-Mo earned the most in the crypto market. During the last 24 hours, its price increased by 622.11%. According to the coin market cap data, one of its tokens was priced at $0.03767 on Monday evening. Apart from this, Obsidium (OBS) and Exohood (EXO) Crypto Coin also earned a lot.

Share
Facebook
Twitter
WhatsApp
Linkedin
Previous article
Cryptocurrency Fall: Money was invested in cryptocurrency at the behest of someone, repenting? Now just this solution
Next article
OpenSea Drawback: Scammers bought NFT very cheaply, sold it for a profit of 84 Ethereum