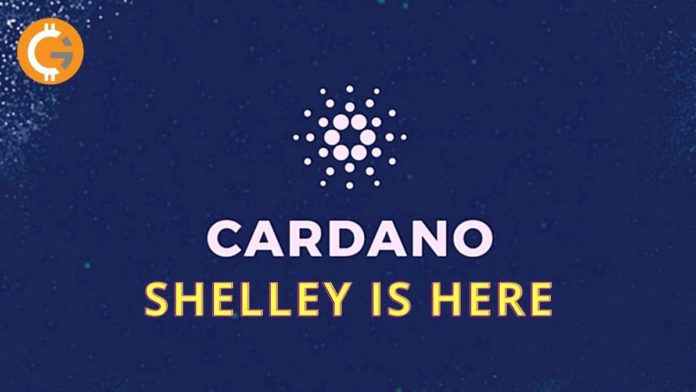 After five years of development and testing, the Cardano blockchain is finally transitioning from the Byron platform to the Shelley platform. After a whole lot of testing, development, publishing of papers, testnet iterations, etc., the Shelley hard fork has finally been released. Shelley went live on July 30 2020, and is a hard fork of the Cardano blockchain. This new era of Cardano will be defined by decentralization, proof-of-stake and extreme flexibility. This upgrade will introduce delegations and stake pools.

Shelley #mainnet is now available. #Cardano, the third generation #blockchain, has added another pillar of technology, offering true #decentralization. Learn what #Shelley can do for you: https://t.co/nJF63Y5k21. pic.twitter.com/vh2gSKpumd

Cardano is a very well-known proof-of-stake blockchain platform, and one of the only platforms in the world that is backed by peer-reviewed research and experimentation. It is the future of decentralization and it was previously operated on the Byron protocol. This Byron protocol added value to the entire Cardano blockchain platform and was also the basis of the Cryptocurrency, ada. This new upgrade is only a single step towards making the Cardano platform the social and financial asset of future generations. Shelley’s arrival will result in a significant shift of policy, by decentralizing and freeing up the entire blockchain platform.

Decentralization at its best

According to Cardano’s press release, the Shelley upgrade will result in the platform being 50-100 times more decentralized than other competing blockchain networks and platforms. It is a significant improvement on its predecessor Byron, and it will allow around 100- staking pools to take a very active role in the governance of the platform. This will ensure that the voting and consensus powers will move into the blockchain community’s grip. Additionally, this upgrade will enable ada holders to delegate their stake into a pool and earn passive rewards. This is basically the concept behind the “proof-of-stake” term used by Cardano.

Cardano’s blockchain protocol is based on two underlying mainstream protocols – called the Ouroboros BFT protocols. Since the release of Cardano’s Shelley, the platform is going to make a hard fork and shift from the Ouroboros BFT protocols to the more decentralized Ouroboros Praos protocols. This shift will be carried out with the assistance of IOHK’s hard fork combinator, which will allow Cardano to sequentially combine both the underlying protocols. Cardano’s press release went on to say that the hard fork combinator and the other discrete modules have continuously been working behind-the-scenes to ensure that the platform transition from Byron to Shelley takes place in an orderly and meticulous fashion.

This upgrade means that very exciting things are in store for the individuals involved with Cardano – developers, stake pool operators and Ada holders. Ada holders will have a very hands-off role in the entire process and have been encouraged by Cardano to delegate their stake and earn rewards. Cardano’s press release has also said that Cardano developers will now be able to take on a bigger role in the developmental process of the platform by installing and running nodes, registering state keys, etc. All the stake pool operators will just have to operate their pools on the Cardano Shelley mainnet.

Many stakeholders and interested individuals have expressed hope that Cardano’s new Shelley upgrade is going to herald in a new age of decentralization and freedom.