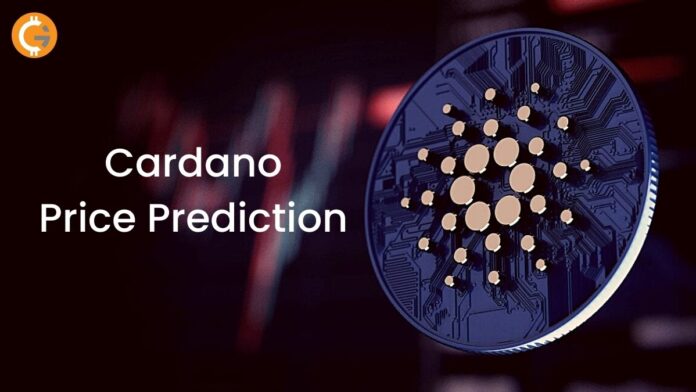 In this busy crypto world, we’ve seen a lot of cryptocurrency predictions. Every day there’s a slew of new crypto projects to choose from but some of them are very encouraging. Just like that, today we’re going through another interesting and encouraging project called Cardano. Today we’re going to be discussing the 2022 predictions of the Cardano (ADA).

Cardano has a very lukewarm market sentiment if you can even say that. Every enthusiast wants to see Cardano cryptocurrency succeed. After all so much research and development has gone into this specific project but time and time again the growth of Cardano is hurt by unforeseen events.

If twitter sentiment is anything to go by more people are just curious and are asking questions about Cardano then making positive or negative comments and even then comments regarding Cardano are overwhelmingly positive with nearly 10,000 positive tweets and only 800 negative tweets.

So if people love this project so much, what will it do in 2023 ? To interpret predictions about the future of Cardano, we must take a look at the parts trends and prices.

Cardano was dropped back in 2017 and its value hovered around the $0.02 mark for the rest of the year but in 2018 things changed dramatically. With the crypto market going into overdrive, Cardano went from being traded at $0.30 to nearly a $1.30 within the span of a week. This insane 260% gain is such a short span bought the coin into the spotlight but the highs did not last long.

The coins suffered over the next two years and it was trading near the $0.08 mark. The cryptocurrency market boomed again at the start of 2021 and Cardano was no exception. ADA started the year at more than $0.10 just within two weeks. The coin had gained over 300% and was trading at an intraday high of $0.36. By February of 2021 the coin was showing promising signs of growth and trading at more than $0.5 and many back then predicted that the coin would soon break the $1 mark and they were right.

On 20th February, the Cardano ended the day at a $1.20 but as always the high didn’t last long and the coin soon dipped below the dollar mark but unlike previous times it recovered pretty swiftly. By the month of April, it was worth more than $1.5. By early may Cardano even crossed the $2 mark. By then we all know what happened the great crash of 19th may came around and Cardano felt it where it hurt the most. The value of the coin immediately dropped by a $1.

The market stabilized by September and Cardano was back gaining value and even peaked over $3 on 2nd September 2021, then came the biggest milestone for Cardano the Alonzo hard fork. Everyone expected this yet again to boost the value of Cardano but exactly the opposite happened. Over the day of the release Cardano lost over 10 cents in value.

The downward trend continued with e-Toro delisting Cardano sitting regulatory concerns. Cardano closed the year at a low of $1.33. 2022 so far has been filled with new milestones for Cardano. on 9th January they announced that 1 million trees were planted on the blockchain for enhanced transparency and also to serve as public proof of land restoration activities. Unlike Alonzo hard fork the news was well received boosting the coin’s value to $1.60.

A few days later on 20th of January, their first DEX went live but SundaeSwap was plagued with aggression issues from the very start and it took a toll on the value of the coin itself dropping it back to almost a $1 in value. This was all followed by the Ukrainian invasion of Russia and the crypto market saw a big dip as a whole and so did Cardano.

When things started to look grim for the coin news broke out that ADA would be the largest crypto in the crypto investment firm greyscales. The latest fund broke out and the value of ADA has been steadily climbing from then.

As to writing this article, the value of ADA is hovering around a $0.8. Now that we understand how the coin has done since its start, let’s take a look at the future and what it holds.

If we take a look at the crowd’s wisdom from their reddit community most believe that the coin may gain its glory by almost double the current price. Stooping as high as $5 to $7 by the second quarter of 2022. However this gain shall be short term meanwhile other market leaders like wallet investor believe that Cardano better suits a long-term investment strategy as short-term gains are sporadic and don’t tend to last for very long.

In 2023, many analysts believe Cardano will see a steady upward trend very soon and it can start as early as Q3 2022. Cardano price prediction will fluctuate between the $7 and $9 mark averaging at $7.6.

Analysts at CoinSwitch stated Cardano price prediction suggests that Cardano price is up for a long term. 75.74% in the ADA price value with a five-year investment this means that in the year 2025 the Cardano price is forecasted to stand at $13 but that’s on the long run three years down the road.

According to them the average price Cardano forecast for 2025 is $10.21 with a five-year investment. The revenue is expected to be around plus 719.52%.

The crypto space is expecting to face more regulation and limitations from governments around the world in the coming year. Other factors like market positions economic overturns policy restructuring and political influence can also have a significant effect on the future of Cardano but one thing is for certain that the crypto industry is currently heavily reliant on smart contracts.

And the latest update in Cardano’s smart contract will help Cardano to reposition itself as one of the major players in the market. Most of these predictions are based on the fact that Cardano is a well-researched and developed ecosystem. The project is run very professionally and is more like research than a commercial business. This makes more sense as blockchain technology is still being actively developed and improved upon.

Many theorize that this operation style might be costing Cardano its value while competitors who are more keen on developing a commercial model are beating Cardano to the finish line. Even then the ecosystem is continuously receiving updates and the team is hard at work to add more features to the system.

Recent developments include improvement on hardware wallet integration and bug fixes. The previous week also saw the deployment of the ecosystem’s first IPV6 public testnet. The results of the testnet are yet to be made public but you can be sure we will report on it as soon as they are available.

So far no date has been given for the next milestone, the hydra upgrade but there’s enough reason to believe it would drop some time in 2022. The layer to scaling with the hydra upgrade will add a thousand hydra nodes each capable of handling 1000 transactions per second. Such speeds are no small feat and would make Cardano ecosystem the highest scaling network in the whole world. This will help Cardano become more commercial which would in turn boost the value of the coin. So it’s very clear that there is still more work to be done.

The Cardano group is well prepared to meet these difficulties. Its founder Charles Hoskinson often updates the team’s ongoing development online through video updates, offering facts about the newest research being undertaken and their future ambitions.

So what do you think will Cardano break the $5 mark in 2022 ? Do you believe that Cardano is the best long-term investment in the crypto market right now ? Hope these questions will be answered in the coming time.